Best wishes on Indigenous Peoples’ Day! I post to recount the Taínos’ belief about their origin.

The fifteenth-century religion of many Taínos held that, in the beginning, mankind had lived in caves located at the center of the world in mountains in the island of the modern Dominican Republic and Haiti. The Taíno people emerged to populate the world from a cave named the Cacibajagua—the Jagua Cave, Jagua being a tree species from which Taínos extracted dye for body paint. They were led by their future ancestral leader, Guahayona, whose story is told in Encounters Unforeseen. The rest of mankind emerged from the cave of Amayaúna, meaning without importance.

As depicted in Encounters Unforeseen, Taínos used caves for rituals, burials, and shelter from hurricanes, and they painted and carved drawings on the walls, some remaining well preserved and open for inspection today. In my research, I explored a few caves in the Dominican Republic, including one of the famous Pomier caves in the foothills west of Santo Domingo. The first photo below is at the entrance to a Pomier cave, the second of the hillside scenery directly opposite this cave’s entrance, and the third a view looking out from a cave in the eastern Dominican Republic. 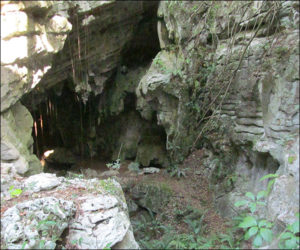 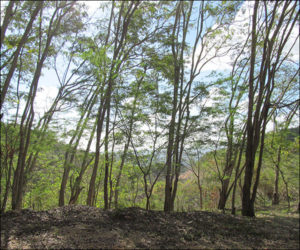 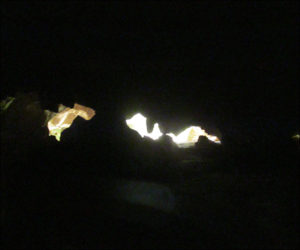