On this date 525 years ago, Columbus and those who sailed on his second voyage (an estimated 1,200–1,500 persons) celebrated their first mass at the settlement he established on “Española’s” central northern coast (in the modern Dominican Republic) and named La Isabela after the queen. The site was a seaside promontory that partially sheltered anchorage for his seventeen ships from easterly winds, and the nearby Rio Bajabonico (the original Taíno name) provided the settlement’s drinking water. Then unknown to Columbus, Isabela lay in a borderland between Guacanagarí and Mayobanex’s chiefdoms, northwest of Guarionex’s chiefdom.

The photos below are of the remains of Isabela’s church, the fortified residence where Columbus lived (the covering is modern), and a view of the anchorage area looking west. The mouth of the Bajabonico lies to the left of third photo. The mass will be dramatized in the sequel to Encounters Unforeseen. 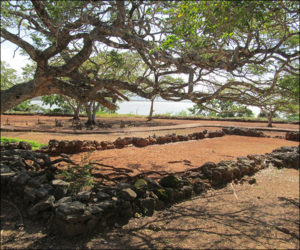 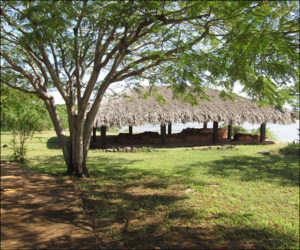 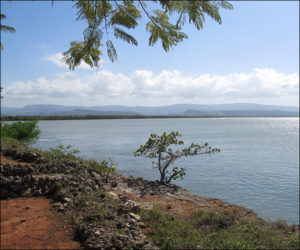