Sailing east along Cuba’s southern coast to return to “Española,” on July 7, 1494 (528 years ago), Columbus brought his caravels to anchor by a river mouth at a promontory beneath coastal mountains where, on the outward voyage, he had traded peacefully with the inhabitants of a nearby village. When he went ashore to celebrate mass, Columbus was admonished by an elderly indigenous man for inspiring fear. The man likely was a behique (shaman), and archaeologists often refer to his peoples as Ciboney Taíno or Cuban Ciboney.

Contemporary European chroniclers—including Peter Martyr d’Anghera and Andrés Bernáldez, both acquaintances of Columbus—were fascinated by Columbus’s report of the religious focus of the conversation. Based on Martyr and Bernáldez’s accounts, as well as Columbus’s own in his letter to Queen Isabella and King Ferdinand of February 26, 1495, I tried to reconstruct the conversation in Columbus and Caonabó, in key parts as follows (Bakako being Columbus’s enslaved Taíno interpreter, known to history by his baptized name Diego Colón):

“Let me warn you something you should know,” the behique admonished. “When the soul quits the body, it follows one of two courses. The first is dark and dreadful, reserved for the enemies and tyrants of the human race. The second is joyous and delectable, reserved for those who during their lives have promoted the peace and tranquility of others.” The behique waited Bakako’s translation and then threatened, “If you are mortal and believe each one meets the fate he deserves, you will harm no one.”

There was silence…Cristóbal took stock of the behique, perceiving him over eighty and solemnly distinguished by a marble necklace, and judged that the remarks—while accusatory—did emanate from a faith Cristóbal appreciated as genuine, as sincere as his own.

“I have knowledge of the two courses and destinies of our souls, but until now I’d thought them unknown to you and your countrymen,” Cristóbal replied calmly, signaling he took no offense. “Your understanding delights me. Let me inform you whom I serve and why I’ve been sent here.” He peered intently into the behique’s eyes. “I have done no evil except to bad people.”

The behique slumped breathless, startled that Admiral recognized his evil but esteemed it justified and that he owed obedience to another…

“I have come on behalf of my supreme princes, King Fernando and Queen Isabel of Castile, to possess these lands in their name. I extend their friendship to your peoples who are innocent and welcoming. I’ll make war on your people’s enemies, the Caribes, and those guilty of crimes.” Cristóbal prolonged his stare, steeling eye contact. “Those who accept my sovereigns’ friendship will be protected and honored. They need not be afraid.”

By “bad people,” Columbus was referring to Caribes and those that resisted submission to Isabella and Ferdinand’s sovereignty.

Some locations where Columbus and Taíno chieftains had substantial discussions are known, but the site for this conversation is uncertain. Samuel Eliot Morison, the modern historian who sailed the coastline to replicate the Cuban exploration, believed the river was the present San Juan, which enters the sea between Cienfuegos and Trinidad. On my trip to Cuba in 2020, I studied several coves between Cienfuegos and Trinidad, and the site at the San Juan River does accord with the scant descriptions in the primary sources (other sites could, too). There’s a dirt road off the nearby highway and I hiked in. The following photos show: the river mouth and beautiful mountains; a view to the sea; a lovely area on the promontory itself; the nearby inland plain where an indigenous village could have been (imagine bohíos, without cattle, etc.); and the dirt road. 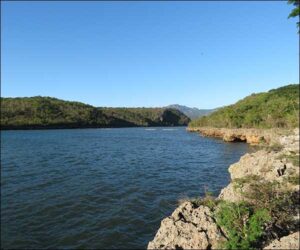 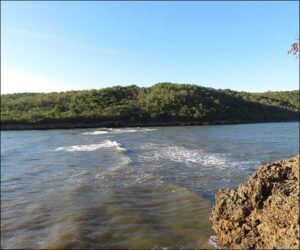 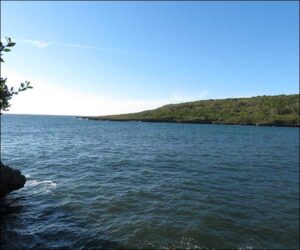 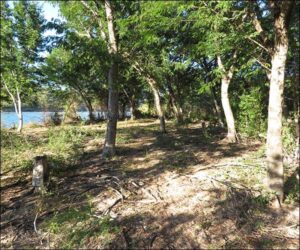 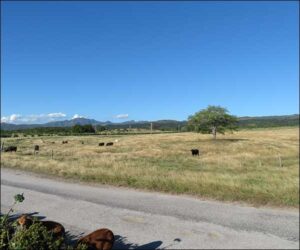 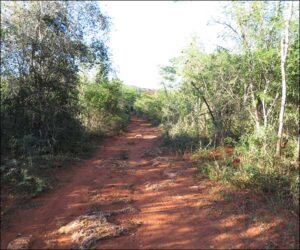