By the end of April 1494, Columbus’s three caravels reached Cuba, and he planted a cross at the island’s easternmost point, which today retains the name of the Taíno chiefdom then located there—Point Maisí. He believed the point was terra firma’s easternmost tip and had named it Cape Alpha and Omega on his first voyage, signifying that was where the east ended and the west began.

As depicted in Columbus and Caonabó, Columbus then sailed west along Cuba’s southern coast to trade for gold and find Asian civilizations, and the ships soon anchored in a splendid natural harbor, the modern Guantanamo Bay. Local Taínos—perhaps simply desiring that Columbus sail away—advised that they hadn’t any gold and recommended that Columbus sail to the Taíno Yamaye (Jamaica) to trade for it. Columbus continued west along the Cuban coast for some days of peaceful but gold-less encounters, stopping at a cape he named Cabo Cruz (Cape Cross), which retains that name today. Impatient, Columbus then veered the caravels south to trade for gold on Yamaye—unsuccessfully. So, he returned to Cabo Cruz by May 14 (528 years ago) to continue the westward Cuban exploration. The first two photos show Cabo Cruz’s beautiful eastern flank. 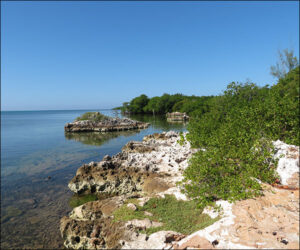 The Taíno name for the chiefdom encompassing Cabo Cruz was Macaca, and the encounters between the local chieftain and Columbus were peaceful. The chieftain declared that he knew of Columbus’s first voyage visit to Cuba’s northern coast and was acquainted with the father of one the youths Columbus then abducted and enslaved (near Bahía de Gibara) to serve as guides/interpreters. As depicted in Encounters Unforeseen, this youth was hauled to Spain in 1493 (together with nine other Taínos, all aboard the Niña), baptized in Barcelona before Queen Isabella and King Ferdinand, and then retained in the household of their son, Prince Juan, where he would die.

While researching events in Cuba in early 2020, I was struck by a coincidence of history—centuries later, Fidel Castro also debarked ashore on Cabo Cruz. Motoring in the Granma yacht, Castro, together with his brother Raúl, Che Guevara, and seventy-nine other revolutionaries, approached Cabo Cruz from the west on December 2, 1956, having departed Tuxpan, Mexico, a week earlier, intent on overthrowing the Batista regime. They came ashore in a swampy area on the cape’s west side near the beach known as Playa Las Coloradas. The next two photos show Cabo Cruz’s western flank and swamps, the third shows residents swimming at the lovely beach, and the last photo is a reconstruction of the Granma displayed near the beach (restored, Granma itself is displayed at the Museum of the Revolution in Havana). 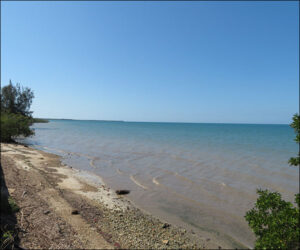 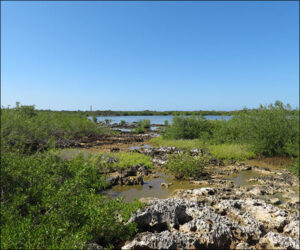 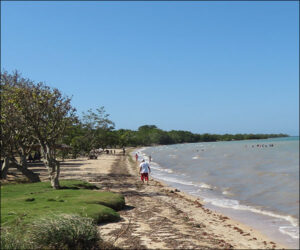 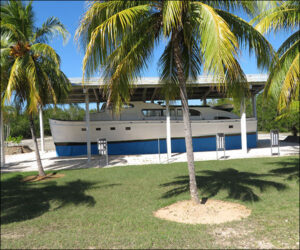 Pope Alexander VI’s Bulls, the “Doctrine of Discovery” and the Treaty of Tordesillas
Margarite’s Disobedience and Expansion of Atrocities