Returning from Cuba, Columbus’s caravels reached “Española’s” southwestern tip in mid-August 1494. By September, they had anchored in a river mouth (Río Jaina) on the southern coast near modern Santo Domingo, where he dispatched sailors to march north across the island to Isabela to herald his arrival once the ships completed circling Española’s eastern half.

Over the summer, Pedro Margarite and Fray Buil (the senior crown officials) had escalated their criticisms of Columbus’s governance, and the garrison at Isabela had splintered into factions favoring or opposing Columbus. Sometime in September (528 years ago)—before Columbus arrived at Isabela on September 29—Margarite deserted his four hundred soldiers living along the Yaque River (see post of May 1) to commandeer three ships at Isabela to take himself, Fray Buil, and many others disgruntled to Spain.

As depicted in Columbus and Caonabó, the four hundred soldiers took their leader’s desertion as further license to loot, rape, and indenture Taínos, beating or killing those who resisted. Religious objects were burned in jest or scorn. In turn, local caciques—particularly those subordinate to Chief Guatiguaná in affected areas along the Yaque—extracted revenge, ambushing and executing lone bands of Spaniards when unvigilant. Chief Caonabó soon would summon the island’s paramount chieftains (excepting Guacanagarí) to commit to his alliance.

I repost below the map of a portion of Española (contained in Columbus and Caonabó) showing Guatiguaná’s chiefdom, together with photos taken therein along the river. 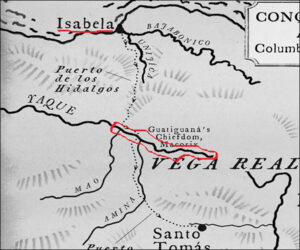 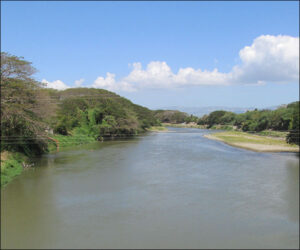 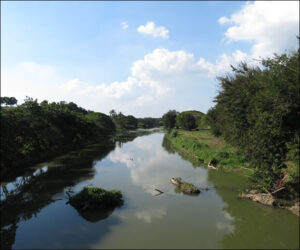 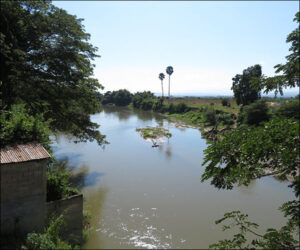 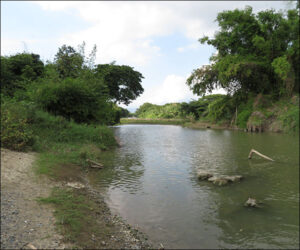 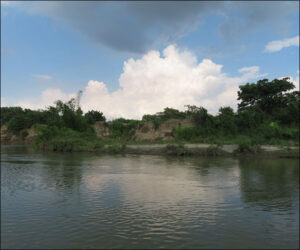 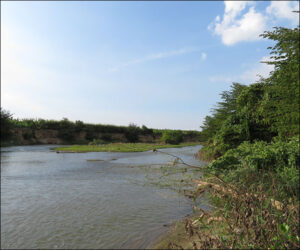