Columbus died in Valladolid, Spain, on May 20, 1506—515 years ago. In his will of February 1498, he had directed his heirs to build a church on “Española” dedicated to Santa María de Concepción. On his deathbed, he instructed that the church lie in the valley he’d named La Vega Real (the Royal Plain, Dominican Republic, still so named today) at the site where he’d established Fort Concepción, close to Chief Guarionex’s village (near the modern city La Vega).

As I’ll relate in Encounters Unforeseen’s sequel (coming this November), Columbus located Fort Concepción to be nearby the “gold mines” he envisioned in Española’s interior and to enforce gold tribute obligations he would mercilessly impose on Guarionex.

According to the Dominican archaeologist Pauline Kulstad, the preserved remains of Fort Concepción that can be visited today are in fact the fourth fort built. Columbus’s first wooden fort was destroyed in 1495 (the sequel speculates by whom); a second wooden fort then promptly was rebuilt at the site of the present remains; and third and fourth masonry successors were erected during the sixteenth century. The first photo below is of the present remains; the second of Pauline, Frank Coste (the Dominican archaeologist responsible for overseeing the remains and the Vega Vieja archaeological park), and my Dominican guide Carlos Mercedes, at the remains; and the third is typical terrain abutting the nearby modern Río Verde, close to which Pauline believes the first fort would have been sited. 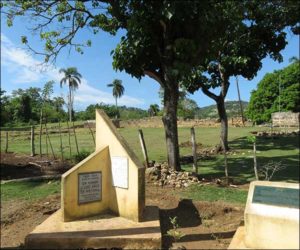 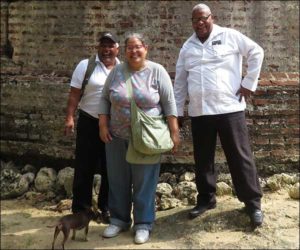 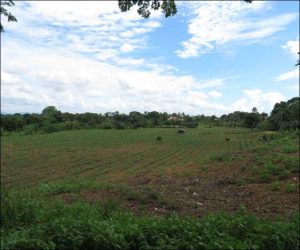 Columbus’s letter to Queen Isabella and King Ferdinand, dated October 15, 1495, described his building site (I believe referring to the second wooden fort) as “so fine, its air so good and temperate, that it is a marvel, and it can be made as strong as any in Christendom, so it will not have an equal in the world.” Perhaps those were his deathbed recollections. 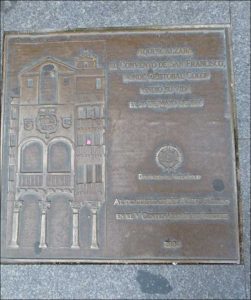 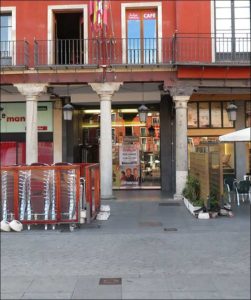