With Isabela’s construction underway on the coast, on March 12, 1494 (528 years ago), Columbus heralded his conquest of “Española,” marching with five hundred men into the mountainous region the Taínos called the Cibao to build a fort intended to garrison soldiers who would protect voyagers prospecting for gold. He asked no chieftain for permission and was resolved to instill fear and demonstrate he could quash any resistance. The invasion initially followed the same route to and beyond the Yaque River taken by Alonso de Hojeda weeks earlier (see posts of January 7 and 21), passing through the territory of an intermediate chieftain, Guatiguaná, and then Guarionex’s Magua.

By March 15, Columbus arrived at a high pass farther south than Hojeda had ventured and named it Puerto de Cibao (Pass of the Cibao). Columbus learned from his principal enslaved Taíno interpreter that “Cibao” meant rock and stone—a name suitably chosen for the rocky mountain range—and admitted to himself that the “Cibao” wasn’t Marco Polo’s “Cipangu” (Japan). The next day, Columbus surmounted the pass with his men and selected a hilltop for the fort’s site (near Jánico, Dominican Republic), and construction promptly commenced with wood and earth. He named the fort for the apostle who initially doubted Christ’s resurrection, Santo Tomás, a retort to those who doubted Española’s gold until they saw it.

Columbus chose his senior lieutenant Pedro Margarite to be the fort’s captain, with a command of almost sixty men. The Taínos living nearby weren’t hostile but warned Columbus that Caonabó was.

The map below (included in Columbus and Caonabó: 1493–1498 Retold) reflects my belief as to Columbus’s route from Isabela to Santo Tomás and shows the hometowns or territories of the principal chieftains scrutinizing Columbus’s movements—whom Columbus sought to cow. Over the next five years, each named chieftain eventually would fight against conquest. 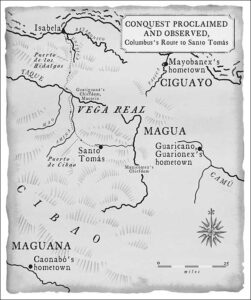 The photos show the memorial and plateau at the site of the fort itself (long since decayed) and the rugged terrain leading to the plateau: 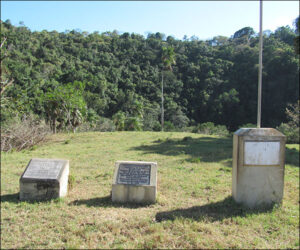 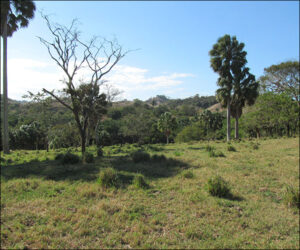 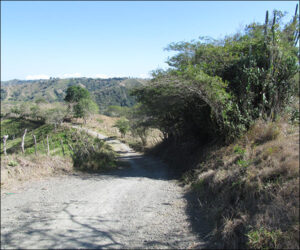 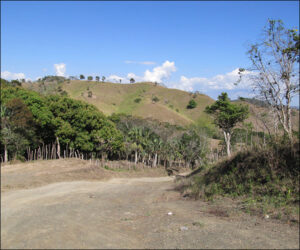