Guacanagarí had alerted Columbus that the Pinta had been sighted to the east, whereupon Columbus dispatched a letter borne by Guacanagarí’s subjects entreating Martín Alonso Pinzón to reunite with Columbus, but refraining from asserting that Pinzón’s separation had been wrongful.

On January 6, the Niña, sailing east, and the Pinta, sailing west, reunited in a bay beside a peak Columbus named Monte Christi in honor of the Savior. The two men now despised each other, but they recognized that sailing together back across ocean was essential, and Columbus grimly let it be understood by the crew that he had pardoned Pinzón for merely being lost. The sketch, published in 1592 (in de Vellerino de Villalobos’s Luz de Navegantes, Universidad de Salamanca), and photo below show the peak and bay (Cabo del Morro and Bahía de Monte Cristi, Dominican Republic), where the bitter reunion occurred. 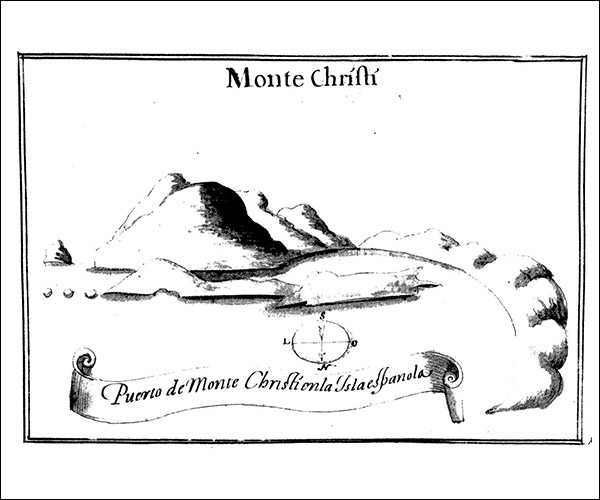 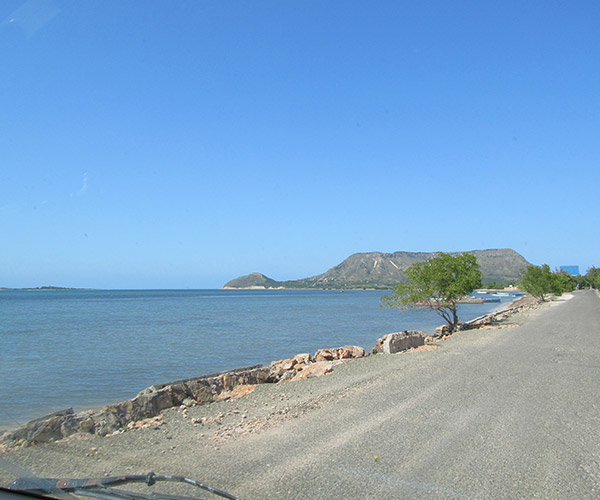