Martín Alonso Pinzón and the Pinta sailed for Baneque (Great Iguana Island) after deserting the expedition in November (see November 21). There’s no preserved ship’s log recounting the route or what transpired, but the Pinta reached the Taíno Haiti’s northern coast substantially east of the Santa María and Niña in December. While there aren’t many natural harbors along this stretch of coast, by mid-December Martín found one with a stream, which he named the River and Port of Martín Alonso Pinzón (now Luperón, Dominican Republic), where he began trading for gold. 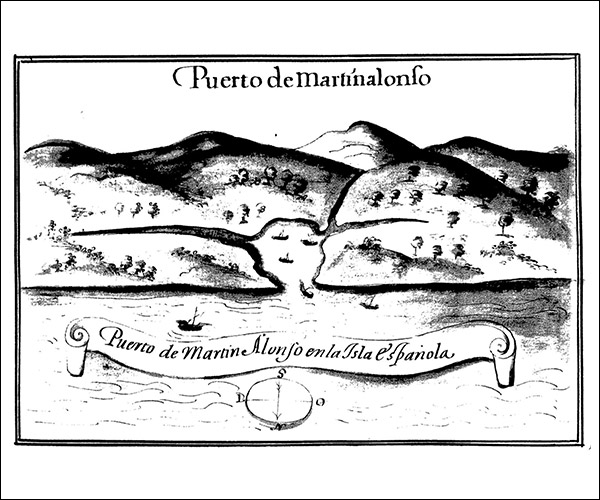 Here’s a photo of the modern site: 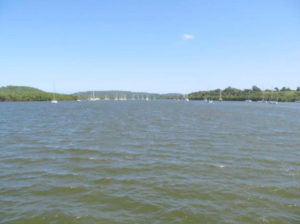 Testimony in the lawsuits between the Columbus family and the Spanish crown after Columbus’s death indicates that, for a few days presumably later in December, Pinzón and some crewmen traveled inland to trade for gold—possibly with representatives of the chieftains Caonabó and Behecchio.