On return from his Cuban exploration, Columbus learned of Fray Buil and Margarite’s desertion and that growing Taíno hostility in areas along the Yaque River endangered his men’s travel between the settlement at Isabela and Fort Santo Tomás (see post of September 11). As depicted in Columbus and Caonabó, in November 1494 (528 years ago), he decided to establish a fort along the river to crush resistance, to be named Fort La Magdalena on account of the river valley’s beauty. With Buil gone, Columbus had assumed oversight of the missionaries remaining on “Española,” and he also planned to establish a mission at the new fort with three friars, including the young Hieronymite Ramón Pané.

Fort La Magdalena’s location remains unknown today, but according to primary sources, I believe it would have been in Guatiguaná’s Macorix chiefdom on a bluff overlooking the Yaque nearby the juncture with the Mao River, much like the following photo taken in that area. 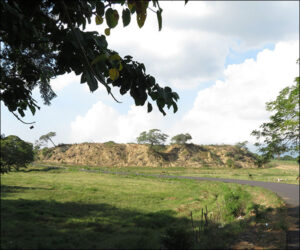 Fray Pané, a Catalan, had served prior to Columbus’s second voyage in the Monastery of Sant Jeroni de la Murtra in Badalona, Spain (north of Barcelona), where King Ferdinand had met him and likely commended him for the voyage (as depicted in Encounters Unforeseen). The following photos show the monastery’s commemorative busts of Isabella, Ferdinand, and Columbus, the cells where monks and Pané lived, and the gardens that Pané would have tended. 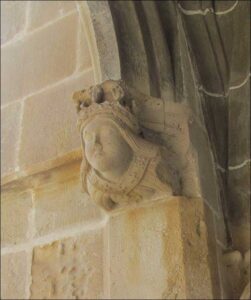 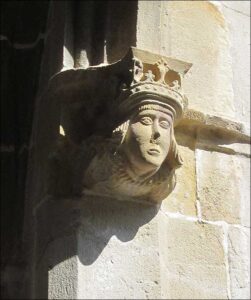 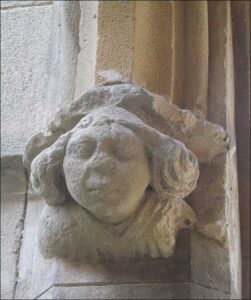 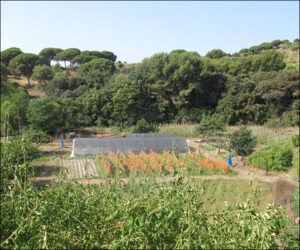 In addition to evangelizing, Columbus directed Pané to study and write a report on the Taínos’ religion, which Pané completed by 1498. The report is known today as An Account of the Antiquities of the Indians and recognized as the seminal primary source on fifteenth century Taíno religion. Pané later served as a witness critical of Columbus in the investigation of Columbus’s conduct when he was removed from Española’s governorship in 1500 (to be depicted in the next sequel).

As related in Columbus and Caonabó, soldiers, Pané, and the other friars departed Isabela in early December 1494 to build the fort, and Pané began teaching nearby villagers who would become the first Taínos known to be baptized on Española.