In early January (before the pandemic hit NYC!), I spent two weeks in Cuba researching events I’m dramatizing in Encounters Unforeseen’s sequel (1493-98), including visiting sites along the island’s southern coast where Columbus and Taíno chieftains met on his second voyage. I’ll relate that investigation in future blogs, but today I mention a coincidence of history that struck me while touring west of Santiago de Cuba—centuries apart, Columbus and Fidel Castro both debarked ashore on the cape Columbus named Cabo Cruz (Cape Cross).

Columbus departed for Cuba (the island’s indigenous name) from his settlement at Isabela on April 24, 1494 (526 years ago), sailing on the caravel Niña (the same ship used on the first voyage) together with two smaller caravels, the San Juan and Cardera. He visited Cabo Cruz three times: May 3, approaching from Cuba’s eastern tip, Cape Maisí, which he’d named Cape Alpha and Omega, believing it terra firma’s eastern tip, where “the east ended and the west began”; May 14, approaching from Yamaye (the indigenous name, now Jamaica) to the south, which he’d reconnoitered in the interim; and July 18, when returning to “Española,” approaching from the west at the exploration’s conclusion, then believing Cuba was the Malay peninsula. The following photos show Cabo Cruz’s beautiful eastern flank. 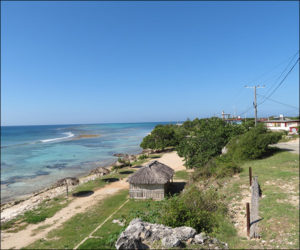 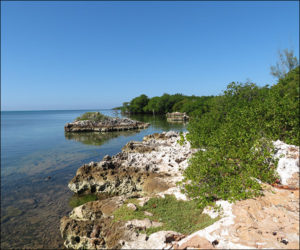 Sailing in the Granma yacht, Fidel Castro, together with his brother Raúl, Che Guevara, and seventy-nine other revolutionaries, approached Cabo Cruz from the west on December 2, 1956, having departed Tuxpan, Mexico, a week earlier, intent on overthrowing the Batista regime. They came ashore in a swampy area near the beach known as Playa Las Coloradas. The next two photos show Cabo Cruz’s western flank and the lovely beach, together with residents enjoying a Sunday afternoon. 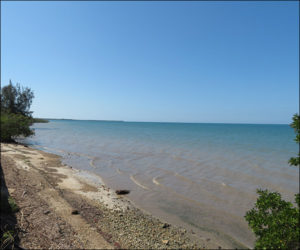 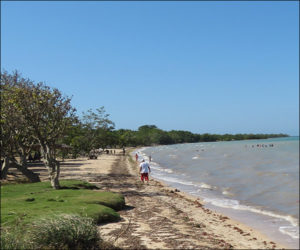 The Taíno name for the chiefdom encompassing Cabo Cruz was Macaca, and the encounters between the local chieftain and Columbus were peaceful. On May 14, the chieftain declared that he knew of Columbus’s first voyage visit to Cuba’s northern coast and was acquainted with the father of one the youths Columbus then abducted and enslaved (near Bahía de Gibara) to serve as a guide and interpreter while exploring. As depicted in Encounters Unforeseen, this youth was hauled to Spain in 1493 (together with nine other Taínos, all aboard the Niña), baptized in Barcelona before Queen Isabella and King Ferdinand, who served as godparents, and then retained in the household of their son, Prince Juan. 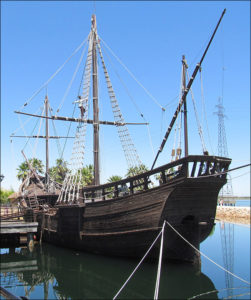 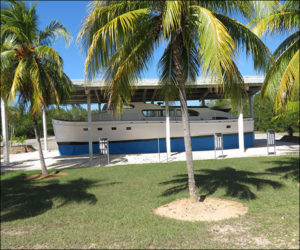 Oath at Cortés and Taíno Geographers
Battle of Santo Cerro